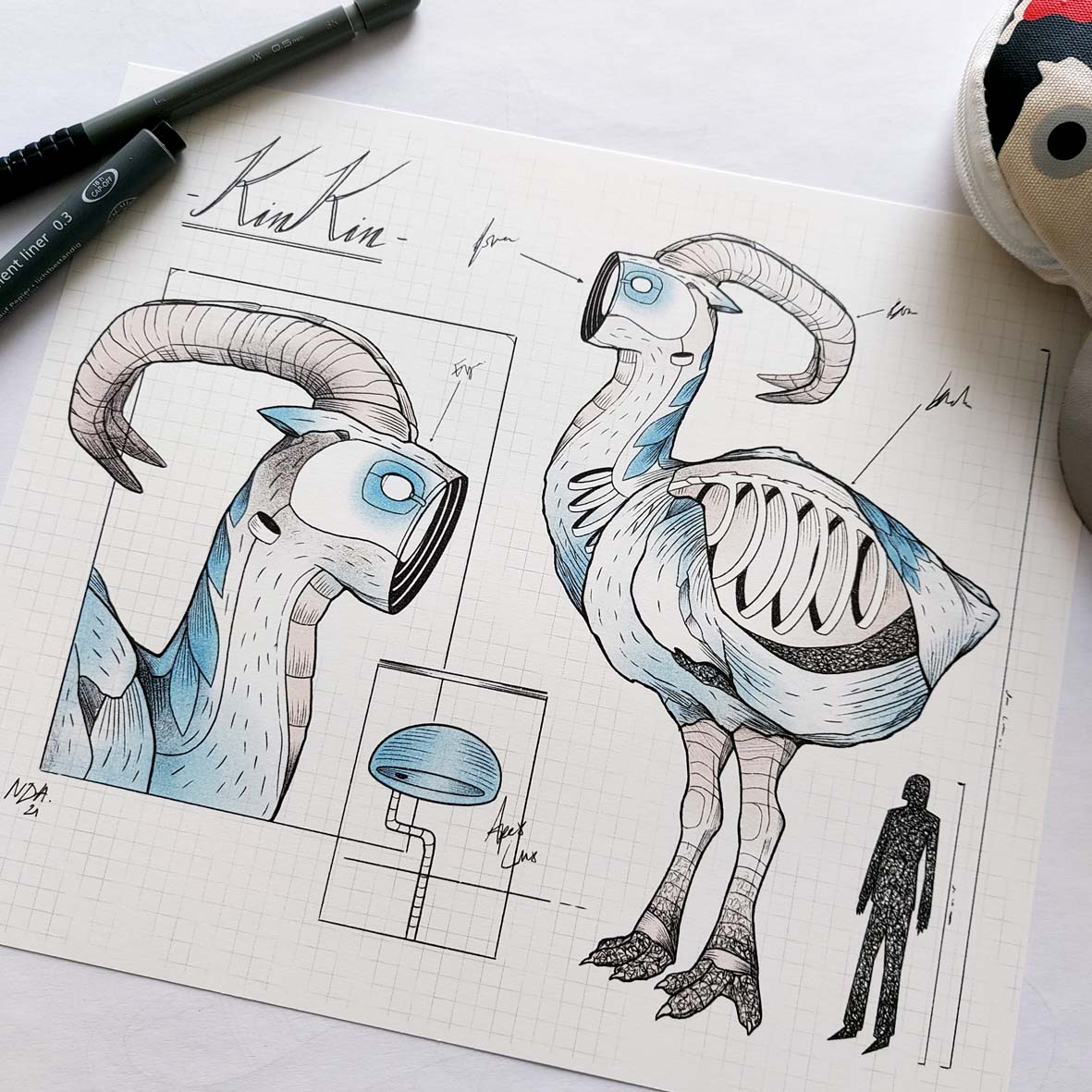 The Kin Kin (Supra Keré Avis) is a flightlesss bird, endemic to the province of South of Elysium. The true habitat of the Kin Kin is under debate. Description suggest that, in all likelihood, it inhabits the deserted areas of Apex Lux, but seen that our acces to the planes are limited, we can not say “for certain”.

Little is known about the behavior of the Kin Kin. Studies of the cantilever strengt of its robust leg-bones indicates that it can run quite fast. At the very least, they are strong enough to support the bulk of the bird. Their wings are obviously not build for flying. The weak pectorial muscles show that they are probably used solely for displayful behaviour and balance.

The most distinct feature of this ‘big bird’ however, is the lack of a beak. In stead, it shows a seemingly gaping hole. Though at nightfall, the void lights up, producing a bright beam of light. This provides proof that this magnificent mutant belongs to the faunal group of ‘energy-eaters’ mostly found roaming the vast territory of Apex Lux.

The beasts usually travel in groups of three; we know this for sure because the Kin Kin crosses the Province about once a year…

On the night of the Autumnal Equinox, by the end of september, sets of Kin Kin move through the City, illuminating our streets… making it very easy for us to spot them…praise be…

(This animal is currently displayed at the NaHyMu Museum)