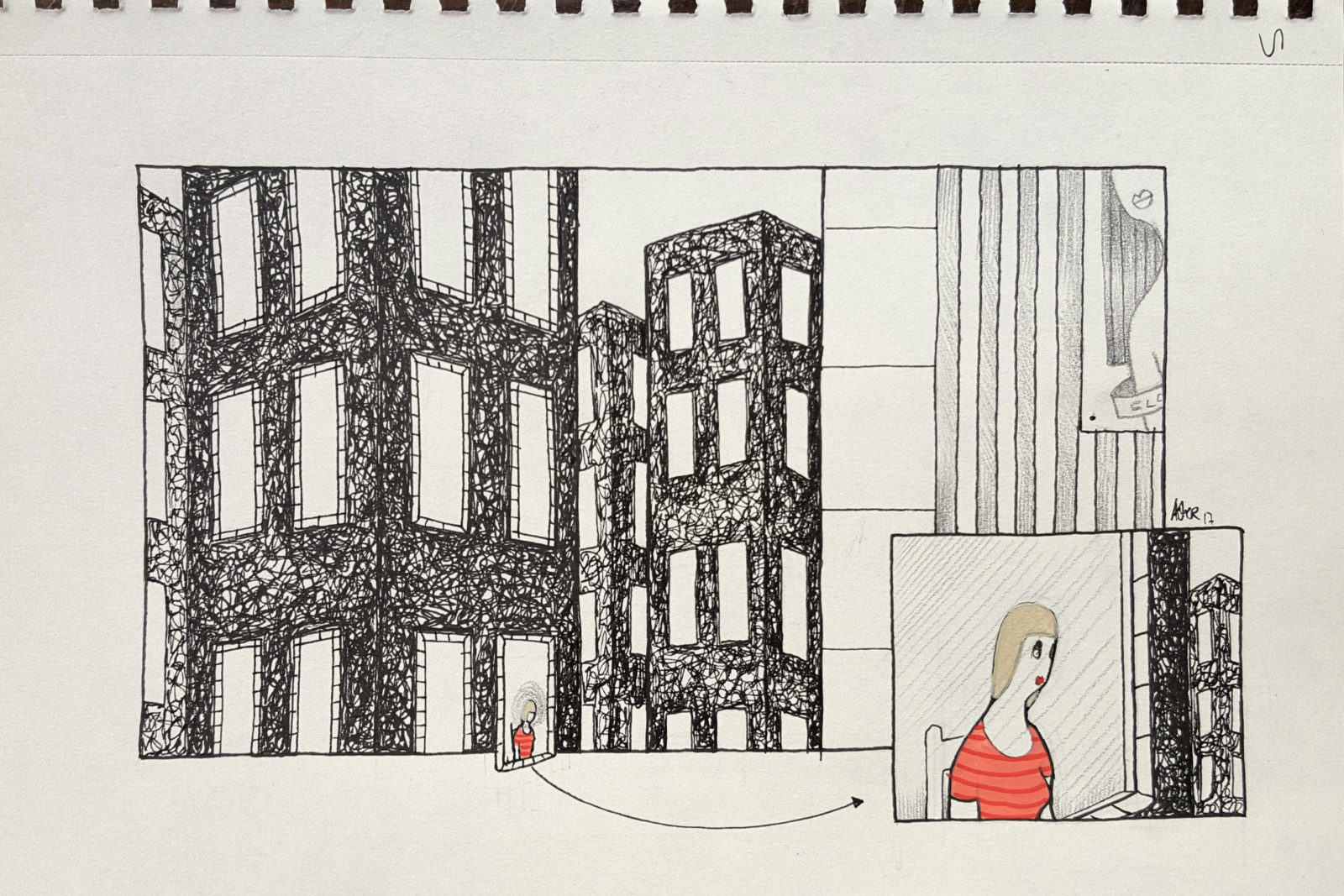 I was gazing through the window, as one does on gloomy days, and I saw a seemingly bored, bleak, blond woman doing the same.

She lives across my building and she caught my eye because of her peculiar appearance : she is wearing a pink dress! A bit „offbeat” compared to the other, darker silhouettes I’ve noted when passing my window…The contrast with her surroundings is so striking, it almost hurts my eyes! Such brightness…so pink!

I’ve been watching her for a while now. She hasn’t moved a lot…just sits there staring at „who knows what”…Very odd.

I feel somewhat drawn to this individual, whom, apart from her bold display of color, beams a gloomy glow…

How can someone this cheerfully dressed, look like the saddest person I’ve ever seen?

-The legend of the red dragon-